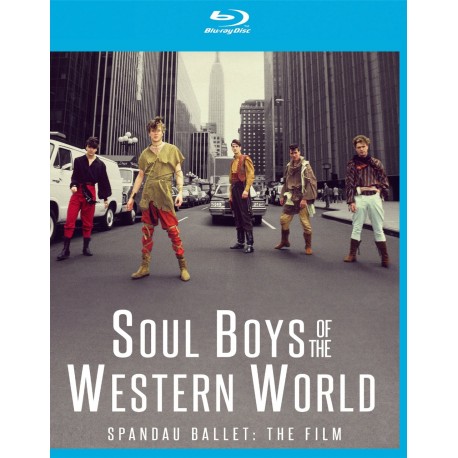 Soul Boys Of The Western World is a journey through the 1980s and beyond; the story of a band, an era and how one small gathering of outsiders in London shaped the entire world’s view of music and fashion. The film is not only a fascinating, often hard-hitting social and cultural document of the time, but a brutally honest story of how friendships can be won, lost and ultimately regained.

Spandau Ballet are one of Britain’s great iconic bands having sold over 25 million records, scored numerous multi-platinum albums and amassed 23 hit singles across the globe since their humble beginnings as a group of friends with dreams of stardom in the late 1970s. It wasn’t long before they became fully fledged members of the iconic Blitz Club scene and established themselves as one of the super-groups of the 80s. After two decades apart, the band reformed in 2009, embarking on a sold-out tour. Soul Boys Of The Western World marks the first time their story has been documented on film.