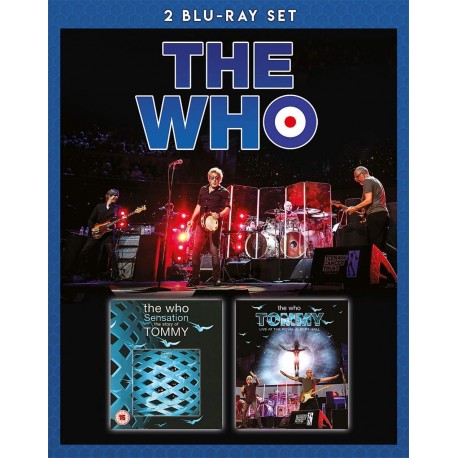 Compilation released by Eagle Vision in 2018 which contains 2 blu-rays of The Who band.

Compilation released by Eagle Vision in 2018 which contains 2 blu-rays of The Who band.

Released by The Who in 1969, Tommy is a landmark album in the history of rock. The Blu-Ray contains new interviews with Pete Townshend, Roger Daltrey, John Entwistle, sound engineer Bob Pridden, graphic designer Mike McInnerney, and others. As a bonus, there are songs from the album played live in 1969 during the German TV show Beat Club, and interviews with members of the band.