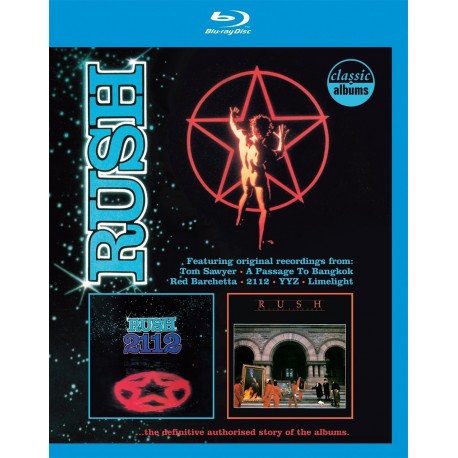 It's a Classic Album movie that focuses on the events and songs of the two reference albums in the Rush Discography, 2112 in 1976 and Moving Pictures in 1981. In a familiar and friendly presentation, artists Alex Lifeson, Geddy Lee, Neal Peart with instruments in hand, outlines the riffs that are characteristic of the songs and together with producer Terry Brown discusses the process of creating and recording the music of the two albums. The documentary reveals Neal Peart's passion for books and describes how the inspirational lyrics of the Rush music have appeared. The band reveals interference with influences of other musical genres, different stylistically, but which did not lead to the loss of the band's identity. Blu-ray includes comments by Taylor Hawkins (Foo Fighters) and journalist David Fricke from Rolling Stone. The original 112 minutes version is completed with another 50 minutes of bonus pictures.