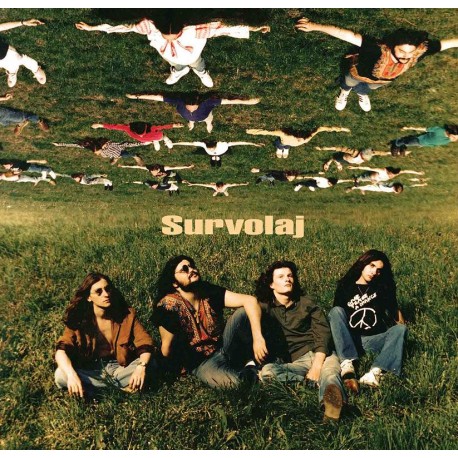 Album released in 2007 by Soft Records.

This product is no longer in stock

Album released in 2007 by Soft Records.

"They were the music. Their whole body was singing, their whole body was in a state of creation, their whole being, their soul, their mind, and every cell in the body. It did not matter if what they were playing was coherent or not, sometimes they just sent sounds to each other. Everything was so fascinating to me as a viewer - because I saw this, which others tended to, to some young people who certainly do not do it with the program, but that's what they do. I say a thousand times. It would be wrong for all our bands to look like this. Rock does not mean that, or only that, rock is not just a show. Rock is all that together, basically it's alive, some people are like that, some people are different. But these people are so, and they are called Szabo Zsolt, Molnar Levente, Daniel Petre and Catalin Teodoreanu. One name: SURVOLAJ. " (Florian Pittis)